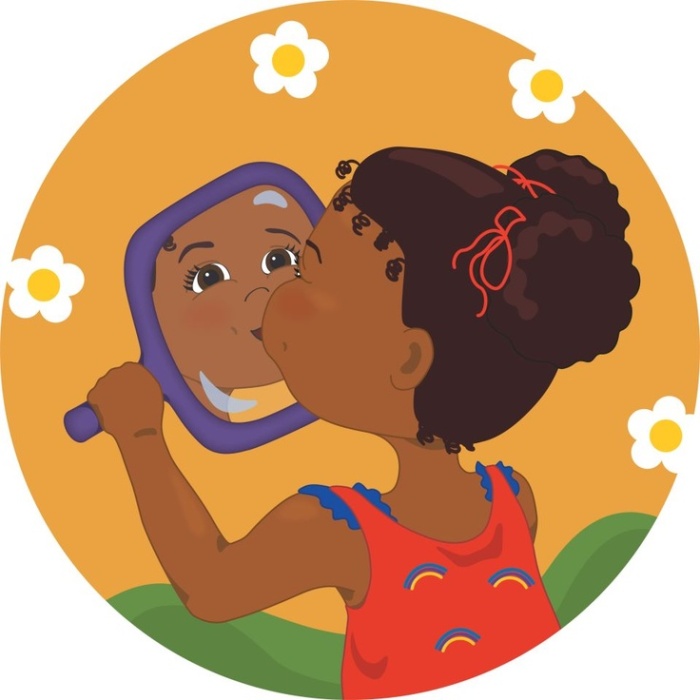 We used to have doctors who can read the condition of one’s health by looking at the skin, eyes, tongue, or other appearances instead of waiting for the blood test to show the results. (at least where I grew up – Tokyo).  I remember that my pediatrician, who had his office in his large ghostish house, diagnosed precisely when I got sick without any tests.   I am sure that level of accuracy of diagnosis is from the doctor’s experiences with patients.  So, it is not easy to detect anything from what you see, but there is some indication of abnormal or serious conditions you might be able to find out from your nails, eye and tongue.

Though it often gets neglected and overlooked, your tongue is an important organ that has a lot to say about your health. A healthy tongue should be pink and covered with small nodules (papillae). Any deviation from your tongue’s normal appearance, or any pain, may be cause for concern.

Not from artificial colored juice or ice pop, if your tongue is glossy, bright red (beefy red tongue), it may be a sign that your body is lacking iron or B12 . Vitamin B12 and iron are needed to mature papillae (small bumps) on the tongue. If you are deficient in those vitamins, you can lose those papillae, which can make your tongue appear very smooth.
If you are experiencing a deficiency in these vitamins, you’ll most likely notice other symptoms as well, such as fatigue, weakness, balance problems, and memory difficulties.
If your tongue is red but not smooth, instead bumpy (strawberry-like), accompanied with a high fever, you might have scarlet fever (infection) or Kawasaki disease (It is seen in children under the age of 5). In that case, you need to see a doctor right away.

If you have painful bumps on your tongue it might be a sign of inflammation, tongue trauma (like accidentally biting your tongue or scalding it on something too hot), canker sores (mouth ulcers).
Do note that a lump or sore on your tongue that doesn’t go away within two weeks could be an indication of oral cancer and you should consult a medical professional. Also, red lesions or patches that don’t go away within two weeks, it could suggest a more serious disease such as cancer. Keep in mind that many oral cancers don’t hurt in the early stages, so don’t assume a lack of pain means nothing is wrong.

Eyes are often the window to early changes in health, such as high blood pressure and diabetes. In part that’s because the eyes have some of the smallest blood vessels in your body and therefore send “signals” not easily detectable elsewhere in the body.

Eyelid soreness could be anything from contact lens irritation to viral or bacterial infections like pink eye. However, a sore that doesn’t heal coupled with the loss of eyelashes might mean you have a form of skin cancer called eyelid carcinoma.

<Grey Ring Around the Cornea>

A thin gray ring around the cornea of the eye is a frequent indicator of high cholesterol and/or high triglycerides. Yellowish deposits of actual cholesterol in the eyelid may also be present.

A sudden aversion to light, coupled with redness, could be an indication of uveitis. Uveitis is a type of inflammation that affects the uvea, the layer of the eye under the sclera, the white part of your eye. This can cause permanent damage to the eye and cause partial or complete vision loss, so if you do detect it consult with a medical professional as soon as possible. Most often, these cases are autoimmune in nature, and can be caused by conditions including ankylosing spondylitis, multiple sclerosis, and sarcoid and rheumatoid arthritis.

Changes to the shape, color, and texture of your nails are sometimes a sign of something serious.

Your fingernails will naturally have white at the tips. However, if your whole nail is white or noticeably pale, this could be a sign of illness. White nails could mean you have anemia (a low red blood cell count). It could also be a sign of liver disease, hepatitis, or low protein stores in the body (hypoalbuminemia). And it may also be associated with diabetes, an overactive thyroid, congestive heart failure, or a lack of nutrients in your diet. If your nails are mostly white with a narrow pink band at the tip, you may have a condition called Terry’s nails.

<Red Streaks in the Nail>

Red to reddish-brown lines of blood under the nails that run in the nails direction of growth and are called splinter hemorrhages. If you didn’t injure your toe or finger, red streaks in the nail may also result from several conditions, including psoriasis fungal infection, heart valve infection, and blood vessel inflammation (vasculitis).

<Dark Lines Beneath the Nail>

Pigmented bands in the nail are common and usually normal especially in people with darker complexions. However, if you notice dark lines that are about as wide as a pen’s ink cartridge, this could be a sign of melanoma. This is a dangerous type of skin cancer. Most people think melanoma starts in the skin, but it can also begin under the nail, specifically in the thumb, index finger and big toenail. Keep an eye out for a single brown or black band and if there is a brownish pigment to the skin surrounding the nail.
You definitely need to see a medical professional if you observe any of these findings. You need to speak up to your doctor and make sure all of your concerns are addressed.
Reference:
https://a-healthy-body.com/tongue-says-health
https://www.medicinenet.com/tongue_problems/article.htm
https://medlineplus.gov/tonguedisorders.html
https://www.health.harvard.edu/diseases-and-conditions/copd-preventing-treating-and-coping-with-a-serious-breathing-problemhttps://zana.com/a/fingernail-toenail-abnormalities-painful-red-swollen-nail-fold-paronychia.6868
https://zana.com/a/fingernail-toenail-abnormalities.6868
https://www.thehealthy.com/beauty/nail-care/fingernail-health/
https://visionaware.org/your-eye-condition/eye-health/symptoms-of-vision-problems/125/
https://www.health.harvard.edu/diseases-and-conditions/warning-signs-of-a-serious-eye-problem
https://www.cdc.gov/media/matte/2012/08-healthy-vision.pdf?cid=2012_08_healthy_visioncbi.nlm.nih.gov/pubmed/15488795
https://www.healio.com/ophthalmology/cornea-external-disease/news/print/ocular-surgery-news/%7B5cc4f557-886f-411e-9411-02e4b109bcdc%7D/heart-disease-ocular-health-share-important-common-ground-in-women
https://medical-news.org/turns-out-the-eyes-could-literally-be-a-window-to-a-persons-health/215